European Driving – Never Judge a bottle by its cover!!

European Driving – Never Judge a bottle by its cover!! 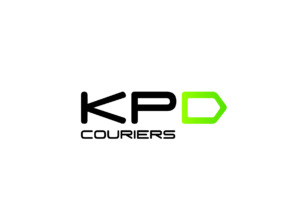 Driving in Europe can be rather challenging, the laws can be slightly different and crazy things can happen to you as two of our drivers have found out!! Two of our European drivers want to share a couple of stories that have happened to them; however, names will not be mentioned! Both stories take place in Spain, so I assume this must mean the Spanish authorities are very strict when it comes to foreign drivers working in their country.

One of our European drivers was happily driving through Spain, when he had to stop for his co-driver to have toilet break. The next thing he knows, the police are giving them and the vehicle a drug search. In the van was an empty bottle of Lucozade, which was full of a yellow liquid (I can ensure you this was not Lucozade)!!! The police officer clearly thought there was something rather suspicious about the substance in the bottle, so decided to take a gulp of the liquid to sample it for himself. After spitting it out and saying a rather rude word which cannot be repeated, our drivers were free to carry on with their trip. Yes, I can confirm the liquid in the bottle was in fact urine! No wander the officer’s language changed rather dramatically!

Some people have no sympathy!!

Our next story isn’t as complex as the last one; however, it still involves the Spanish Police. So, after driving for hours non-stop, it wasn’t any surprise that our European driver had to pull over as he wasn’t feeling too well. Feeling rather sick he was adamant he would not be able to make the next services. Stopping in a safe layby, out of sight from any members of public, on a quiet road the driver was sick outside the vehicle. The next thing he knows, it was as if three police officers were dropped out of the sky!! They made it clear there was a 90 Euro fine for being sick on the side of the road. If he did not pay this fine, he would have been arrested and the vehicle impounded. A very expensive sickness!!